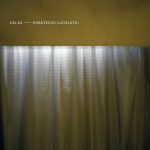 A limited edition cassette release on Polar Seas Recordings that has almost sold out by now, just a few copies left. But this does not really matter since it’s still available in digital edition (which in my opinion is a far better format for music like this but I know many have a different view on this matter).

Will ‘Celer‘ Long is one of the respected ‘veterans’ of the calm and subdued ambient, with an immense discography where every release seems to meet a high quality standard. You can almost feel the quiet peace descending on you right from the very start of Something Cathartic.
Surprisingly, these tracks are not created with the usual means (often guitar and electronics), but are sourced from a record of Aaron Copland’s Appalachian Spring, played at 15rpm (your record player probably won’t be able to do that), then “replayed and reprocessed on tape”. Quite heavily ‘reprocessed’ I guess, since I don’t think the result can easily traced back to the original Copland composition.

A pleasure to immerse yourself in… and the result of such a listening session can be quite Cathartic indeed. 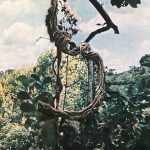 And when enjoying Celer it is also recommended to check out this collaboration with Forest Management (John Daniel). Two like-minded souls scoring a “reimagining of Peter Weir’s film and Paul Theroux’s novel “The Mosquito Coast”.


Compared to Something Cathartic mentioned above, the music on this album is breathing some darker emotions. There’s a ominous tension hidden beneath the quiet sounds. This is obviously related to the Mosquito Coast storyline, but I haven’t seen the movie and haven’t read the book, so I cannot comment on the relation of the music to both.
But if the atmosphere is anywhere near that of the music, I will definitely have to put it on the watch/read list.

Released on Constellation Tatsu (“…adventurous with spiritual artistic sensibilities”…).
Also as a cassette-release. (And also sold out… But as usual the digital version can still be enjoyed). 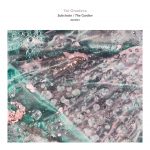 ‘Re-releases’ are a bit of a dilemma for me. To keep things organized and not too overwhelming, I tend to focus on new releases mostly. But what if a re-release contains two different albums that were previously released in 2007 on two microlabels (Mystery Sea and Taâlem)  that only very few were lucky enough to find at that time? This music is ‘new’ for most of us, isn’t it? Especially when it sounds fresh enough, like it could’ve been produced today, and is not just released for nostalgic reasons.

So here’s one of these: Dragon’s Eye Recordings re-release of Yui Onodera‘s music for Substrate and The Garden (originally called Le Jardin).  Two different approaches, Substrate divided in eight parts and The Garden in four, together clocking in on just over one hour.
Seductive electronic experimental music, created by the Tokyo-based artist “whose work explores the relation between musical form, architectural acoustics and spatial awareness”, who “investigates the politics of perception, to create works that ponder subtle transformations of space and asks audiences to become aware of that which exists at the edge of perception”..

Both pieces have somewhat different starting point but perfectly fit together: Substrate is an immersive set of “shimmering microsound frequencies”, while The Garden is created from the (otherwise inaudible) sounds “emitted by hydrogen and oxygen bubbles captured by the ELS 19 transmitted which utilizes the electrolysis of water”.

Captivating electro-environmentalism, where “the boundary between nature and artificiality becomes ambiguous”.