D.RHÖNE – III (EXODE)
While creating music as Monolyth & Cobalt, Mathias van Eecloo saved some of his more abstract sounds with the filename D.Rhöne: “…a project to be close to the minimalist and repetitive music, the most closely to a drone state..
In 2012 and 2013 he self-released the first two albums under that same name, and now the third (and last) chapter is available as a free download. (There is also a very limited cd-release but that will probably be sold out by the time you’re reading this).

With the exception of the intro and the epilogue, all tracks are exactly equal in length (10’01”), but the album can best be enjoyed as one single composition, a collage of “more subterranean streams and tones, even maybe more “dark” or noisy sounds.”
“It’s an exode. The scope of possibilities in this project, attempt to approach the limits of my codes, close a loop, come back to the beginning and to give it an appropriate ending.” 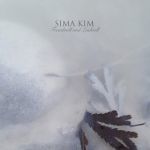 SIMA KIM – FREUDVOLL UND LEIDVOLL
2-Track EP (3″-CDR by South-Korean born artist Sima Kim released on the Dronarivm label. “Two tape loop based repetitive drone tracks inspired by classical poem and music” (the title comes from Goethe’s Egmont III – also known for its “Himmelhoch jauchzend, zum Tode betrübt”). It’ss interesting that sounds like this can indeed sound joyful and sorrowful at the same time – the predominant mood depending on the mood of the listener. 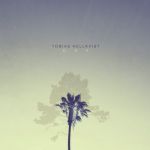 TOBIAS HELLKVIST – CAY
Also released on Dronarivm as a 3″-CDR (and download) is this 18 minute soundscape that took Tobias Hellkvist (Sweden) three years to finish, until the different pieces finally fell together. A quiet start building to a rather intrusive climax, then again retreating into blissful vocals… “Intense and soothing at the same time”.

For both the Dronarivm  releases, the beautiful special package of the physical editions should be mentioned – although I do so with some hesitation because they’re probably sold out by the time you’re reading this. 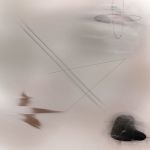 JOÃO DAMAS – ELEMENTS
From Lisbon, Portugal comes João Damas, ambient electronic music composer and performer designing his own live performance software. “Elements” is his debut album release, revealing that he has quite some experience in composing soundscapes as well as in sound engineering. The six tracks combine a fascinating depth and complexity of sound with a nicely unhurried atmosphere. 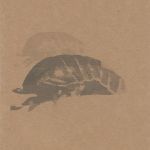 ORPHAX – ONISCUS ASELLUS
The ‘common woodlouse‘ may not be the most attractive of insects, yet it inspired Sietse ‘Orphax’ van Erve to create this album “inspired by insects, bacteria and other small life”. Originally released in 2003 but now remastered, which brings up the details within the sometimes rather massive drones and noises – a bit like observing the insect world with a magnifying glass.