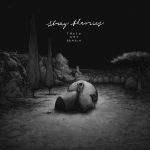 STRAY THEORIES – THOSE WHO REMAIN
With his latest release Stray Theories (Micah Templeton-Wolfe) adds another level of refinement to his already impressive (and independently produced) discography.
Micah is a master of widely cinematic arrangements and melancholic compositions, seemingly evolving out of nothing into a melodic hook that sticks with you for a long time.

The physical edition of “Those Who Remain” is a C47 cassette tape released on Already Dead Tapes (also including the download version), but if you’re not into tapes the download version is also available separately.
Regular Ambientblog visitors familiar with the “Parallax” mix may be surprised to find the track “Promises” in this collection, which was then taken from the Elements 2 compilation and featured as one of the mix’s anchor tracks. Which may prove to be an indication of what beauty can be found on this album! 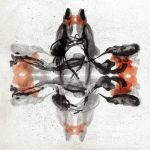 To my surprise here’s another release featuring a track that was included in one of the earlier mixes (“Flowers And Bones“): the title track of Rudi Arapahoe’s latest EP was also featured on the Hidden Landscapes 2 compilation.
With its heavenly vocals and haunting melody it definitely is the main track on this 19 minute EP, furthermore featuring atmospheric explorations of the “Double Bind“phenomena:
“Rudi has applied the theory to the relationships that define his world and voiced the findings as music. A face in the mirror, an intimate partner, a public face, a professional face, opponents in business, friendships, the relationships that make up a life; come together to speak, confound and contradict one another.” 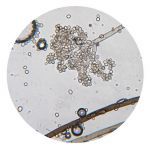 LUCY CLAIRE – SUITE
Starting out with gentle field recordings of city street sounds, this remarkable little album slowly turns into a beautiful post-classical composition for piano-violin-cello (with Lucy Claire Thornton playing the piano).
As a Masters Graduate of The Royal College of Music, these tracks are obviously not Lucy’s ‘first steps’ in composing music, which is clearly demonstrated by the daring dissonant turns she sometimes takes. The CD release features two tracks, each about 7 minutes long, and leaves me wanting to hear more of Lucy Claire’s work.
The digital download also includes an additional remix track by Winter Son (Thomas Ragsdale) which “takes the original’s moonlit chords and sets them to a distant beat; one that will never let you forget what time of night it is.” 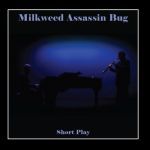 With a name like that, you’d expect some seriously hard noise, but in fact almost the opposite is true. On this little 17 minute album, Milkweed Assassin Bug (John MCrea and Ian Leslie) present some lovely soft crossover tracks from post-classical to atmospheric jazz, playing piano, saxophone, cello and electronics. The EP may be somewhat harder to find as it is not available on Bandcamp, but you can track it down on iTunes, Amazon – and even try it out on Spotify. 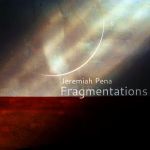 Since he started making music in 2007, Jeremiah Pena has been composing music for films and games mostly. “Fragmentations” is his first full album and shows his versatility in creating cinematic music. Meandering through a lot of different moods, this could indeed have been a successful movie (or game) soundtrack.
“A foray into electronic ambience and beats, deep soundscapes and glitched drums, spiked with cello and piano”.