Any album that is created using “microscopic particles that were developed by myriads of voices”, and claims to include “many territories of ultra-high frequencies, marking over 20 kHz that human ears are incapable of catching” immediately gets my undivided attention.

Japanese artist Tmymtur has used microphones that are capable to record these ultra-high frequencies, and will build a sound system (at Asahi Art Square in march 2013) that is able to transmit these inaudible frequencies, blending and layering over 5000 of voices organically “forming a one and only sound creation called ‘Yusei‘ – a “sound space” where people can feel beyond their territories of consciousness, a kind of feeling as if everything is connected and shared.”

Of course, any attempt to demonstrate how this may sound/feel is doomed to fail, because there is no media that can truly transcend inaudible frequencies.
To introduce the march 2013 performance, Tmymtur has recorded a track called “15.11.2012/1″ which obviously cannot be released as MP3, and not even as a regular CD. In order to preserve as much frequencies as possible, this track is released in 96kHz/24bit only.

Obviously, it’s impossible to know if this recording does justice to the original concept of presenting the inaudible. I’m really curious about the 2013 (march 24) event in that matter: will something be “felt” there that is not present in the recording?

Considering the comments about ‘nature sounds’ it is interesting to note that the sound of this recording is anything but “natural”: it seems to be an electronic blend of myriads of voices that are undistinguishable from each other. But it’s definitely beautiful and a fascinating sound anyway.
And of course, it’s a very interesting concept to present a recording of sounds that cannot be heard but only be felt.

Note: due to the origin of this recording, I will not present a sample here, since downsampling the recording to MP3 is ‘anti-conceptual’ to say the least..

There’s a small chance, probably, but in the unlikely event that someone reading this has also attended the Tmymtur “Sound Creature Event” (at the Asahi Art Square on March 24, 2913): please let us know about your experience! 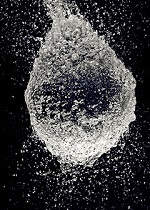 The concept as described above is in itself special enough, but you know there’s really something special going on when you find out a remix album is due, featuring remixes of the Tmymtur soundscape by artists no less famous than Taylor Deupree, Yui Onodera, I8U, Celer, Christopher Willits, Mark Harris and Stephan Mathieu!

It’s interesting to note that all these remixing artist somehow remain true to the original from. There are no radical ‘deviations’ or added beats or such: all tracks have the same luscious immersive drone feel. But the concentrated listener will notice the subtle differences in approach: which is most clear when, for instance, comparing the Celer remix to the one from Stephan Mathieu.

To be precise, these are not remixes from the Yusei track (‘15.11.2012/1’) mentioned before, but from another instance recording: ‘05.09.2012/0’.
To remain true to the original concept of recording and reproducing ultrasonic waves, this release will also be available as a 96KHz/24bit download, and thus not in any physical form.

For “Yusei”, Gert K. has added a comment below with a link to a Soundcloud version of the music (thanks for that). For an additional impression, the Mark Harris remix from “Kooh” is also included. But please don’t forget that these are compressed versions of the original sound files, so you’ll never know what you do not hear!!;