(The FM in the channel’s name is somewhat misleading, since it’s a cable radio station that can also be received via internet or satellite).

X-Rated‘s existence for more than 15 years is nothing short of remarkable, because Kink FM (daughter of Veronica Broadcasting company) is a commercial station, while the music X-Rated features is about the opposite of “commercial”. Since dutch public radio has ended (almost) all of the experimental radio shows, X-Rated is about the last dutch program hosting experimental electronic music.

Needless to say that I’m very very proud to have X-Rated broadcast a full one-hour mix, especially created for this occasion. This mix was broadcast on the May 23, 2010 show (the first day of Pentecost).

Vortex was especially created for X-Rated. Thanks to Bob Rusche for broadcasting this on his show! 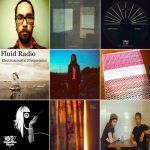 If you check out the Fluid Radio Mixcloud playlist,you’ll find a lot of familiar names: it seems that almost all artists working in the contemporary electronic experimental music field have contributed one or more mixes themselves. Most of these have appeared somewhere in one of my earlier mixes.
These mixes (which are also broadcast on the  ) make Fluid Radio one of the most popular channels on Mixcloud. Fluid Radio Webchannel

Apart from that, Fluid Audio represents a label that has released some impressive music in equally impressive packages…!

The mix presented here was created specifically for Fluid Radio. It is no ‘head-tail’ mixtape, but a collage of fragments that are represented in a different context and, doing so, get a different musical meaning.
Like all of my other mixes, there are a lot of details presented in layers, creating new perspectives – ‘enhanced’ landscapes which sometimes may not be too comfortable but hopefully will be as fascinating to you as they are for me…

This particular mix was especially created for Fluid-Radio in march 2010. It was broadcast on Fluid Radio on May 20, 2010.

Let me begin with a warning: this mix is quite unlike the previous ones!
Though there are quite a lot ‘ambient moments’ to enjoy, it cannot be qualified as ‘ambient music mix’ because it contains a lot of other musical elements too.

This mix was created especially for Frans Friederich – a dutch musician currently working on a megalomaniac project he started in 1997: Recyclopedia.
One single full CD for each letter in the alphabet.
26 CD’s recycling and rewriting musical history associatively…!

Frans Friederich’s musical history shows a variety of styles: he played in jazz-, ska-, and big-bands, but also in experimental acts like Dull Schicksal and Trespassers W.  This musical diversity is also heard on the Recyclopedia albums: it’s a musical roller coaster ride with Friederich himself joining the musical extremes in his own personal style.

In 2009, Friederich completed the “Recyclopedia Q” album – which contains beautiful ambient music created together with soundscape artist Robert Kroos.
(So, by now, about 65% of this project is finished – with this average output the entire Recyclopedia will be completed around 2017!)

When I started this Recyclopedia mix, I originally wanted to focus on the many ambient music pieces throughout the series, creating an ambient mix and leaving out all other music. But the nature of the project decided otherwise.

Not long ago, Muttley’s “Isolate” mix was published on Ambientblog as a guest mix.
Muttley’s own Subversion weblog hosts a lot of his mixes, as well as the 15 Minutes of Fame series.

The SubVersion 15 Minutes of Fame format dictates that any mix should contain no more than 10 tracks and last no longer than 40 minutes. That’s an average of 4 minutes per track.
So, when asked to do a guest mix for this weblog, I had to change my usual approach.

In the ‘collage’ mix format I mostly use, 4 minutes is about the maximum time any included sample gets played – usually far more tracks overlay at any single instance.
So I had to restrict myself in that matter, to create a ‘mixtape’ mix format for this particular issue.

What better way to start the new year than with a brand new mix ánd a brand new design (thanks Ingmar from Planet KL!)?

The design change is symbolic, in a way: after publishing a lot of mixes in 2009, all of wich were created for radio broadcast, it is now time to take a further step and start publishing new mixes.
“Miserere” is the first of these brand new mixes to be published.

“Miserere” has taken its name from the concluding piece: Gregoria Allegri’s Miserere, as performed by the Tallis Scholars.

A special mix to conclude 2009.
This also is the last upload of the mixes that were created for radio.
2010 will start off with new mixes exclusively created for this weblog. 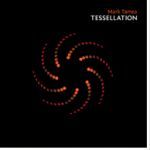 Like “Sounds of Spellborn” (published last week) this mix is different from most previous mixes, in that it does not include many different artists, but concentrates on the music of one single artist: Mark Tamea.

Tamea is a composer from England, currently living in Nijmegen (Holland).
His music is a fascinating combination of electronics, environmental sounds, musique concrête, acoustical and modern classical music.

When I hear the music he creates, I can imagine the wondrous feelings Alice must have had when exploring Wonderland: landscapes vaguely familiar yet alienating, a new surprise at every corner…

‘The Chronicles of Spellborn‘ came with so much interesting soundscapes, that I decided to create a second mix, an alternate version to the first one published last week.

Basically, the ingredients and the atmosphere are the same, but different tracks and samples are chosen.
In fact, both of these mixes can be played together and be listened to as one (two-hour) mix.

Read the information in the previous podcast entry for more details about this mix and about the Chronicles of Spellborn game.

Nonstop Ambient Montage: from Alva Noto to Arvo Pärt, via Arve Henriksen and Jacaszek, with short stops at Christopher Bissonnette, Entia Non, Kraken, Goldmund, and many, many others.

This mix was created may/june 2009.
Image by Weirena

This is the last of the ‘ambient montages’ that were created for radiobroadcast.
Until now, 24 mixes are published on this weblog, counting 26 hours of continuous ambient/electronic/experimental music.

In the remaining weeks of this year some ‘different approach’ mixes will be published additionally: one focussing on game music and another focussing on the work of one composer.