Driven by Passion and Perseverance, Sietse van Erve has turned his Moving Furniture Records label into one of the most important experimental electronic music labels in Holland. A minimalist drone artist himself (his own music is released as Orphax), inspired by artists like Eliane Radigue, many of the releases on MFR are minimalist drone music. But not all of them are ‘minimal’, as demonstrated recently by the  two label overview mixes he created for Gonzo (Circus) magazine, one called Maximaal  and the other Minimaal.

But before you dive into the label’s back catalogue, check out these recent MFR batch of recent releases: 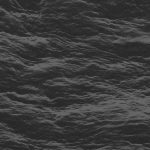 Peripherad Debris is the second part of a trilogy: the first part was Bombinate, released a year ago.
While Bombinate focused on ‘low, vibrating, humming sounds’, the second part of the trilogy moves towards the periphery, ‘where the turbulence is bigger and more decisive, precisely because it is far from the center, it is also in these remains that are the most stimulating sonorities to be explored. […] Perhaps there, far from the center, the experiments are more free and possible.’
As a result, the music ranges from (again in their own words): ‘quasi-ambient stillness to a mass sound quasi-noise.’ Exploring the periphery is a fascinating sonic adventure!
The track titles does reflect Haarvöl‘s explorations – but there’s one especially intriguing title: ‘Folding Simple Minded Into A Tiny Cube.’ I have pondered about this while listening but I still haven’t figured out what that could possibly mean… 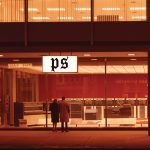 PRELIMINARY SATURATION – YOU ARE THE UNIVERSE

For many serious sound artists it is (or should be) a natural starting point to create their own sound sources. Never use your synth presets or just copy samples from a commercial collection – leave that to new age artists. An important part of the creative process lies in the creation of the basic sound material with which the complete work is created.

Preliminary Saturation (Steffan de Turck, a.k.a. Staplerfahrer, and Wouter Jaspers) are now breaking this unwritten rule with this album: their sound material is taken from a 2004 release by Jos Smolders: ‘Textures and Mobiles’, which was created with a limited set of sounds: ‘dtmf and ccitt tones that were generated by telephones and pure sine waves that interfere with each other.’
The duo was very impressed with this release, and used samples of it years later for a live performance on Smolders’ birthday party. And now they use the same sources again to recycle and remix it (‘adding some of their own spices’) into this album. The original sound creator clearly approves of this, since he mastered You Are The Universe himself

I don’t know the original album, so I cannot compare these three tracks to their original sound sources and what Smolders did with it. But De Turck and Jaspers handle the original samples with all due respect, as if they were their own, and use the original material to create three long tracks (ranging from 10 to 16 minutes) opening up an amazing sonic world. A world opening up new possibilities with almost incomprehensible technology. It makes you feel like the couple on the cover, staring at the then futuristic looking computer setup. 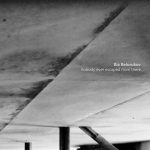 ILIA BELORUKOV – NOBODY EVER ESCAPED FROM THERE

Perhaps the most minimal release of this set comes from Ilia Belorukov, from St. Petersburg. Nobody Ever Escaped From There is the latest in his impressive discography, following up There Was Hardly Anybody There in 2016 (not counting the many collaboration releases, such as The Red Soul with René Aquarius and Rutger Zuydervelt earlier this year).
Belorukov is an improvising artist often playing saxophone, but for this release he uses the Variophone as developed by Evgeniy Sholpo in 1932.

It’s interesting to read some more information about the Variophone to understand its strange wobbly sound:

“The variophone is a photo-electrical instrument for which you works by means of rotating cut-out discs which are recorded on film as sound. Due to the instability of this instrument the sound has a very natural sound to it, as well as a rich sound colour palette.”
From these liner notes description I could not really imagine how this instrument works and sounds, so it may help to check this link to read some more about this instrument.

Belorukov does not use the Variophone as a solo instrument but adds field recordings and sounds of other devices. The result is a post-industrial soundscape ‘with a focus on the lower frequency spectrum’.

With titles like But Nobody Would Come, One Never Meets Anybody the atmosphere is as bleak and grey as the cover image. The dystopic landscape definitely gets under your skin – especially when played on a relatively low volume because the sounds merge with that of your own environment but drastically change the atmosphere. You tend to forget that there’s music playing but are still feeling that something’s not the same. And isn’t that about the purest definition of ‘ambient music’?